Can I still breastfeed if I've had alcohol, caffeine or cigarettes? |

More "Verified" REVIEWS than any other Baby Store

Can I still breastfeed if I’ve had alcohol, caffeine or cigarettes?

Alcohol:
If you are breastfeeding, the safest option is not to drink alcohol as it will be present in breastmilk. However the reality is that some mothers do wish to consume the occasional alcohol drink. If you do plan to have a drink, educate yourself beforehand and learn the best ways to minimise risk. Alcohol can remain in breastmilk for many hours so it may be necessary to 'pump and dump' and feed your baby previously expressed milk instead. We recommend testing with Milkscreen as it is better to play it safe. Speak with your healthcare professional and also look out for the government sponsored brochures that are readily available.

Caffeine:
The best case scenario is to avoid caffeine altogther although one or two cups of coffee a day generally won't cause a problem....lucky for us mums! Try switching to decaffeinated coffee and tea or reducing caffeine intake. Remember that caffeine can also be found in chocolate, soft drinks, and some herbal teas and medications, in addition to coffee and tea. If you drink or ingest a lot of caffeine, some side effects are possible. Your baby may be more irritable and feed more frequently if you ingest a lot of caffeine. Babies can't get rid of caffeine efficiently, so it can build up in their systems. Too much caffeine can also cause sleep problems and nervousness. Some babies, particularly those under six months, may be more sensitive to mum's caffeine intake. Babies whose mothers avoided caffeine completely during pregnancy seem to react more to caffeine in mum's diet. Even if baby is sensitive to the caffeine now, he may not be when he's a little older- so if you do have to stop or limit your caffeine intake, you can try again when baby is older. If your baby is sensitive to caffeine, it will typically become less of an issue as baby gets older. Newborns have a much harder time metabolising caffeine than older infants. Preterm or ill infants might also have more problems with mum's caffeine intake. Try to limit your coffee intake as much as you can. The estimate we often hear is "less than five small cups of coffee" or 500 mg/day. Various sources suggest an upper limit for caffeine intake ranging from 300-750 mg/day.

Cigarettes:
If you smoke cigarettes, please try and quit. Your doctor should have good advice on how to do this. If you choose not to quit and are breastfeeding, try and reduce the amount of cigarettes smoked and only smoke immediately after breastfeeding.

Smoking and breastfeeding has been linked to:

How smoking can affect your baby:

LO loves this, smashing his fruit and veg and using the handle for itchy, teething gums. Easy to clean. 10/10

After have my son I got mastitis and had to go on strong antibiotics .my doctors recommended this probiotic and said it would help stop me from getting mastitis again. I started on it straight away and have stayed on it ever since. I have noticed a huge improvement I also noticed a improvement in my general well-being and this also benefits my son as I continue to breastfeed him. I have noticed my son has less gas and better digestion since starting this probiotic as well. 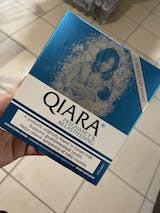 Really happy with the product so far. I bought it to replace a broken part on a secondhand machine. It was so quick and easy that I wish I had ordered the replacements in the first place rather than waiting until something broke! All came sterilised and ready to use and delivered really quickly as well. Came with an instruction booklet as well which was great 👍

Much easier than a manual pump.